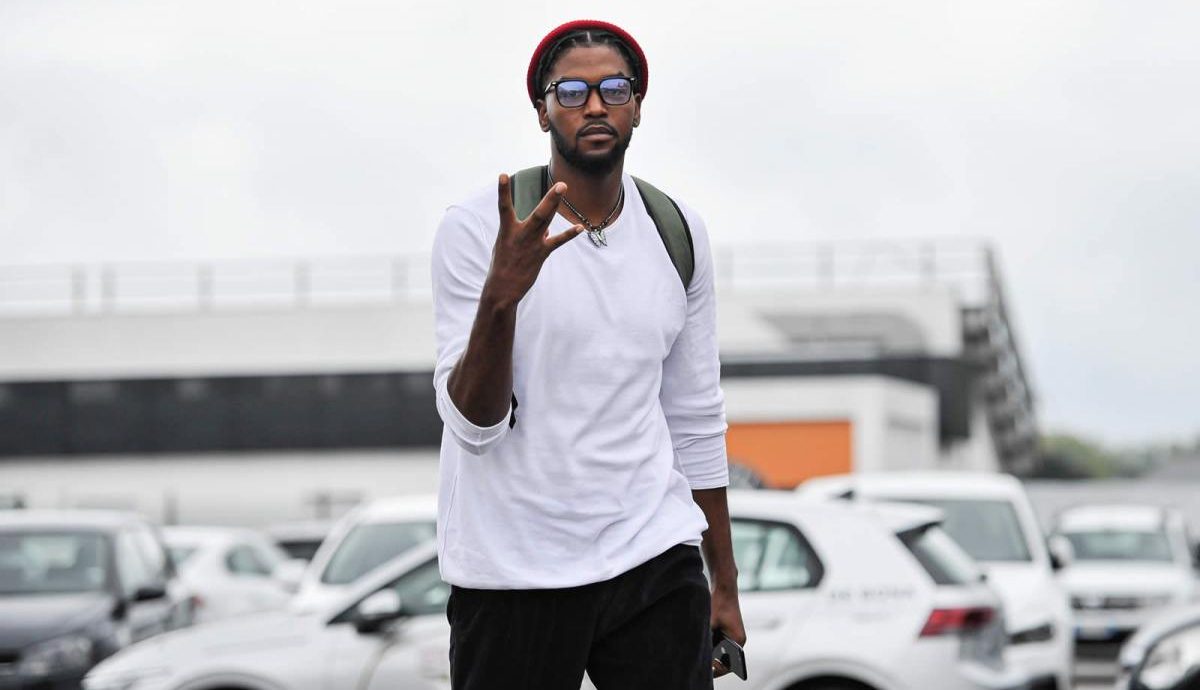 In the name of the son

Every coin, just like every story, has two sides.

And most people, if they see one, don't see the other.

Neither is false, neither is less important, neither version will ever be complete.

Ignorance is a fact, and it is not a sin.

But if you put that same coin upright, and keep it balanced on its thin side, a third dimension is created, a new way of looking at things.

Which is tight, which is uncomfortable and which is very easy to fall off from. But which allows you to look over both edges at the same time.

The edge is definitely an inhospitable place to live. But if you're tough enough to withstand the blowing wind and keep your feet on the ground when everyone prefers to let themselves fall over, you can even find it comfortable, really feel at home.

The Rainbow school, which in Italy you call the nursery school: I was four years old, five at the most, and the long-awaited appointment with the end-of-the-year play had arrived. On the stage, fully dressed, I was just as excited as the other kids and felt ready to take the first step towards becoming a Broadway star. Not that I wanted a career in theater, that no, I already knew that my path was sport, but I had the adrenaline on important moments in me anyway.

The school plays are the plays with the most loyal audience of all. Because regardless of the quality of the actors, there is no single reason why a parent could ever decide not to show up in the audience.

Everything is fundamental, until the day you can do nothing but surrender.

In the room, there were mothers and fathers, grandparents and aunts and uncles, cousins and friends of each of my classmates. All but mine. And even if I craned my neck to look up to the very last rows, I still couldn't recognize the profile of someone who was there for me. Only for me. 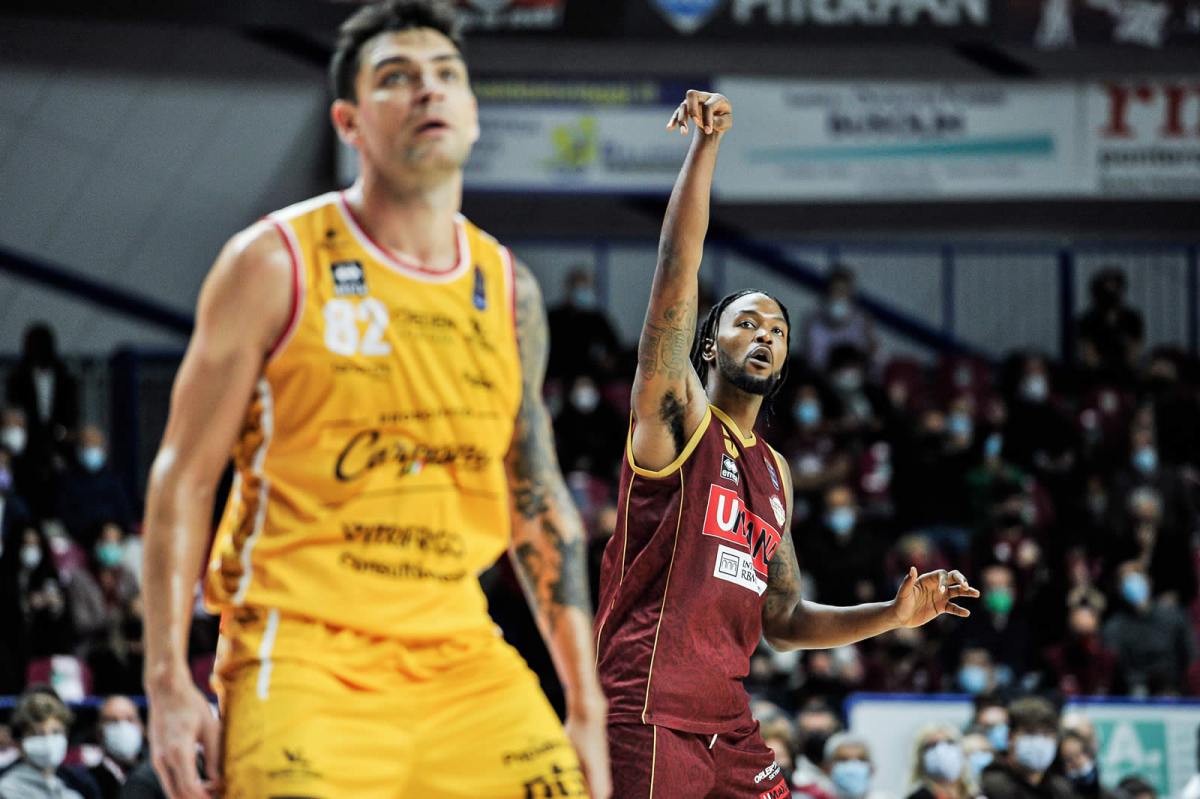 By the time I was ten, I was already an adult, with all the consequences of becoming one so soon. Every day had the exact same flavor as the previous one, with its limitations and restrictions. But it always managed to bring on a brand-new uncertainty.

Consistently inconsistent: our sole purpose was to make sure we had a tomorrow.

Not as in future. As in tomorrow.

Never a step forward, and eyes cautious not to make one back. At the time, it took very little to fall over on our asses.

My mother had two jobs to be able to bring food to the table. This is why she had to miss many important moments of my adolescence and that of my older brothers.

My dad had problems with drugs, and the man who took me to school in the morning was not the same man I found at home in the evening when I returned, with his legs under the table and his gaze lost in space. During the first few years of my life, he spent every single night battling this disease.

Always to be defeated at sunset.

Ready to try again at the crack of dawn.

A circle that seemed impossible to break. It even made me believe that this was everyone's normality. 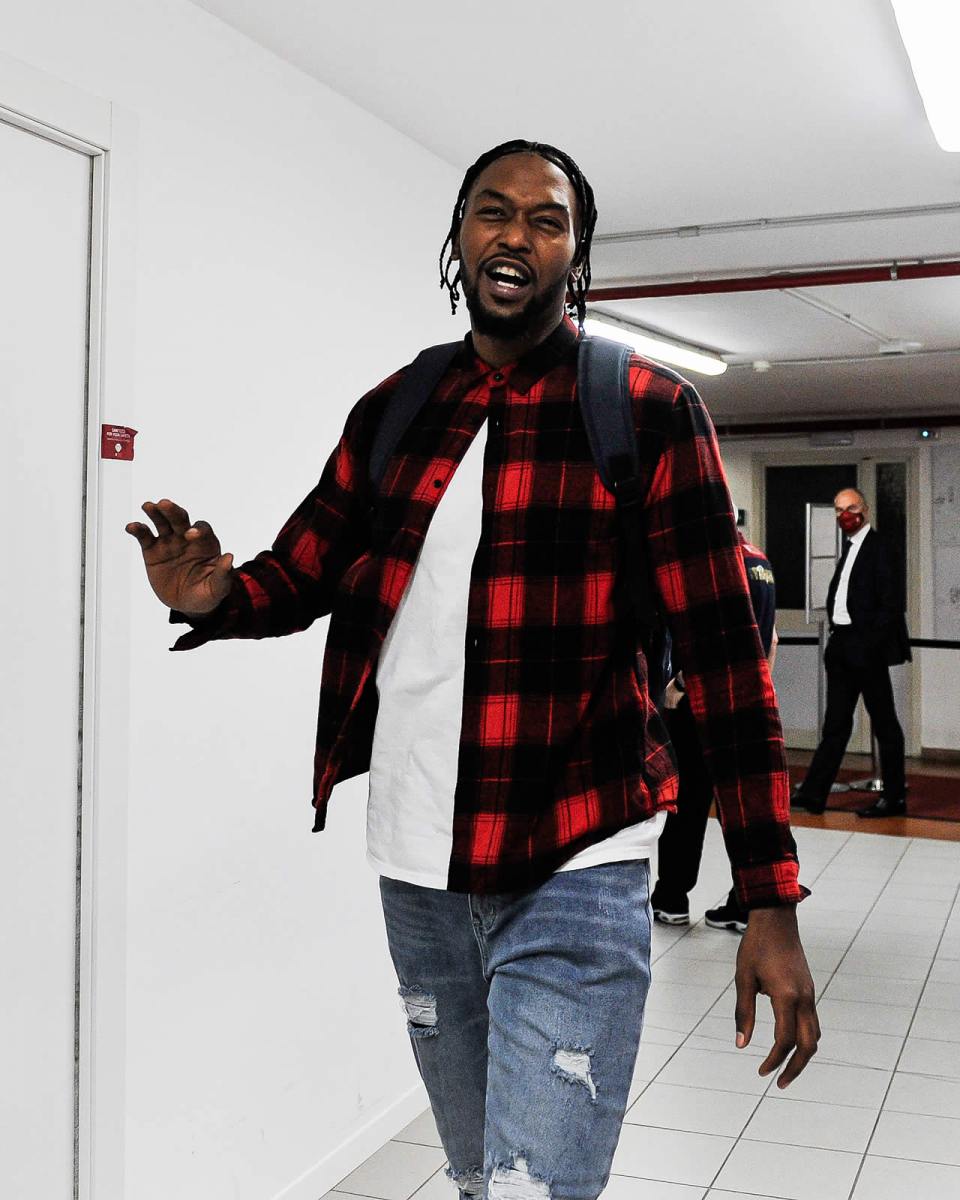 My first role models then were Jason and JT. They have considered me as a member of their pack since I was a child, even though they are much older than me. My crib was always adorned with all their trophies, won in football and won in basketball, placed there to direct my spirit, my will. But also, so that I could see that despite everything, on this green earth there are things that shine with their own light.

They taught me to be mentally tough, at an age when it shouldn't be required. When, maybe, sometimes, it's nice to be protected by others as well and not just by your own survival instinct.

So, I learned to walk while the others still crawled.

To run as they had barely started to stand up.

To dribble a ball when it was too big for everyone to hold.

I was raised to become an athlete — no need to ask me anything — because basketball has always been my ticket out of our never-ending uncertainty. And I knew it. From the very first roll of the dice. 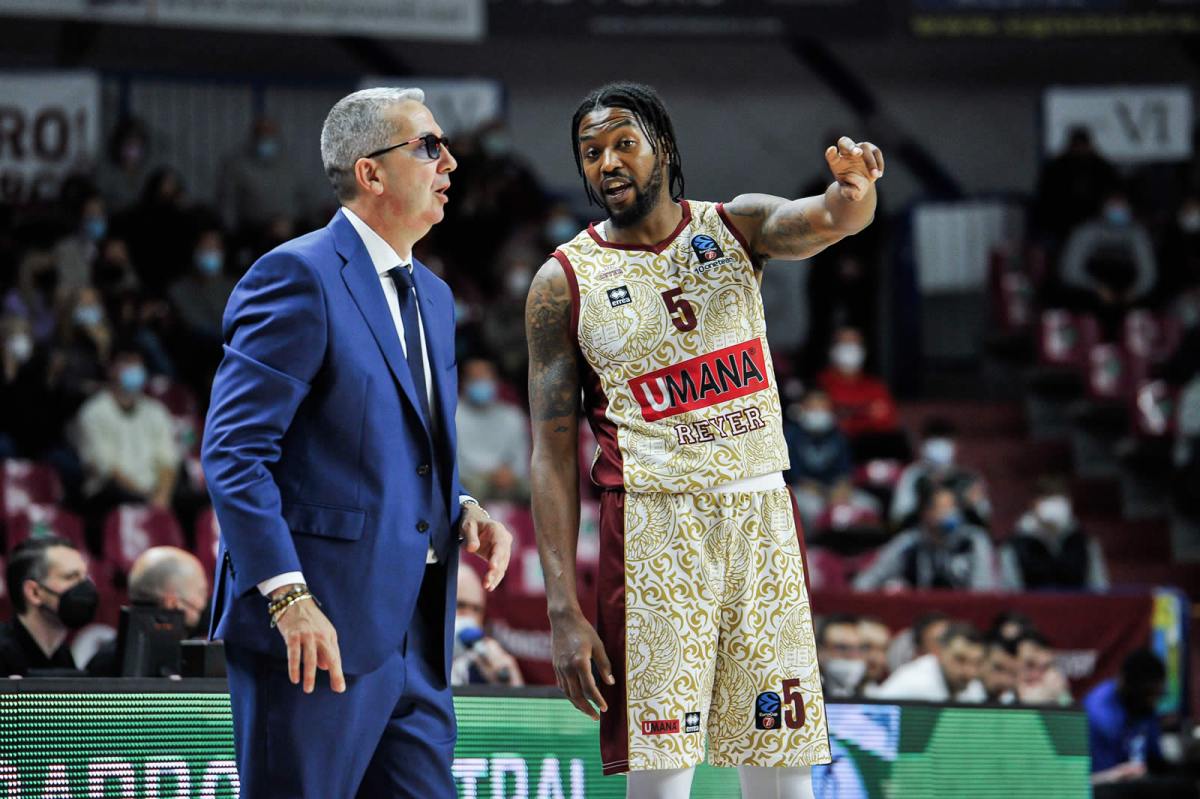 Mom taught me not to take anything for granted because in this world there are no obstacles that cannot be overcome. And all those who find this statement commonplace, in reality, are only afraid of their own failure.

Not the professional one, not the sports one. The human one.

I saw my mother lift us up and carry us across the United States, from Virginia to California, just to allow us to change our perspectives. I remember her holding our hands in Chicago with the snow up to her knees as she put us on a rickety bus headed for our very personal Far West.

Land of the free, home of the brave.

Nothing is precluded to those who have something to fight for, and she had it, she had even too much. When we made it to the other side of America, I recall her looking at us intensely and saying that without that move at least one of us would have died, a victim of the dynamics we had to face every day, in the house ghetto.

So, while we most certainly did not stop being poor, we lived in a rich neighborhood, so that at least the horizon around us would change as quickly as possible.

Then dad changed too.

On a day as gray as all the others, which seemed to blend in with the wallpaper of existence, he decided to take his addictions head-on and went into treatment. Not yesterday, not tomorrow.

He took and left, giving us a gift that I never forget.

After losing years of his presence along the way, during which he could not even educate himself, he suddenly became the father he had never been, and for nearly three decades he maintained perfect sobriety before he died.

I was proud of him and happy for him.

Happy for me and proud of me, that I never felt I had been robbed of anything. And I never wanted to recover what I had lost in any way.

Because I hadn't lost it: I had never had it.

And because I recognized the fatigue of the battle in his parable.

He became a good grandfather, and when he came to Venice he spent hours with my son, teaching him everything he knew. And while my son was learning to be a grandson, I was learning to be a son and be a father, all in the space of an hour. They were identical, with the same personality, and I was able to love both of them. 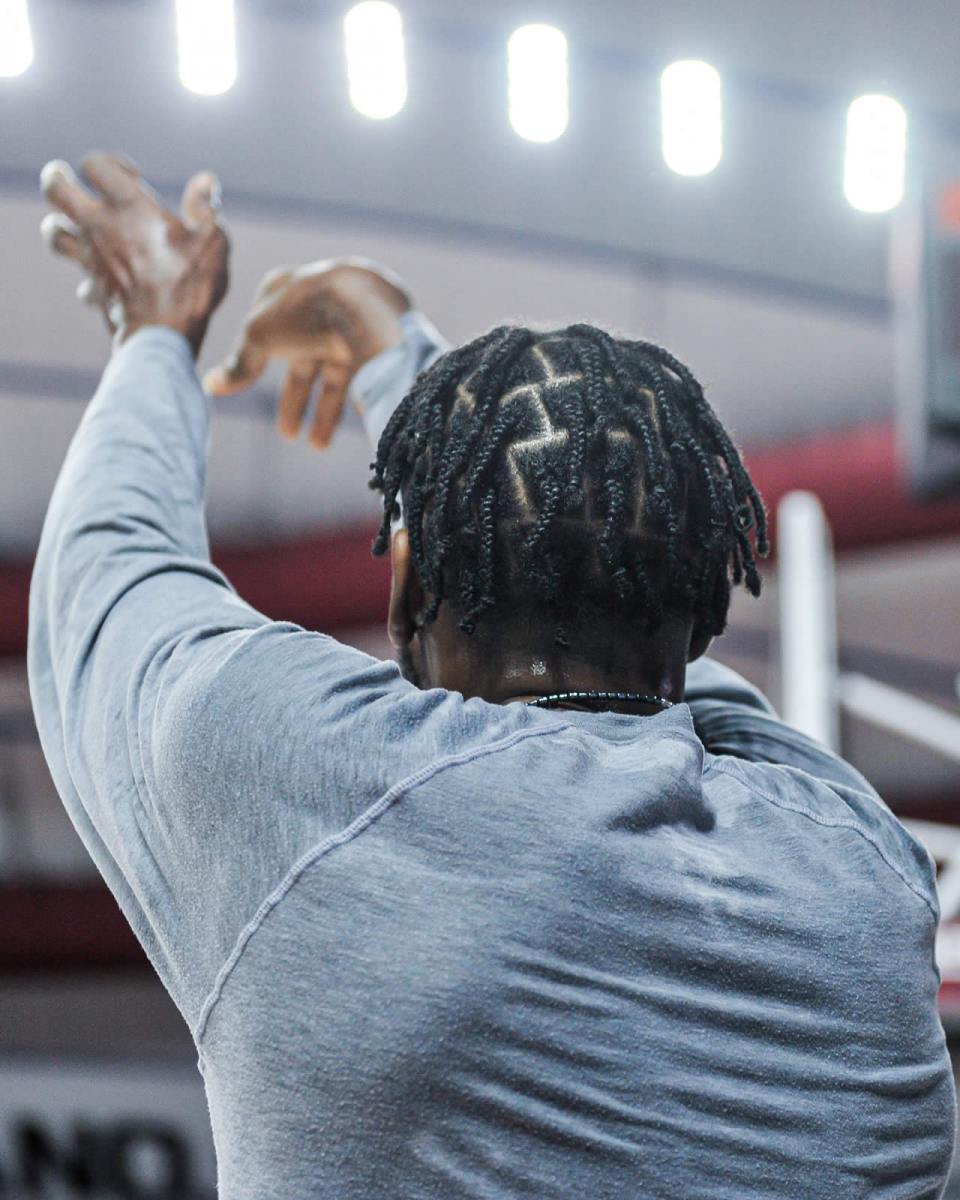 Even if I was raised to become an athlete, it is not at all obvious that I really became one. Because the only certain thing in life is change. And that is the only thing that has never changed since the day I came into this World.

He didn't do it when there was no money for food.

He didn't do it when I was sleeping on my trainer's couch, trying to join the team, in Denver.

He isn't doing it today when I enter the court only and exclusively for my loved ones and no longer to prove something to someone. I want to leave a mark, build my legacy, and give back some of what I received as a child, in the form of time, sacrifices, and renunciations.

Because in the darkness there can be comfort, in pain there can be ecstasy, and with forgiveness, one can be a father and be a child, without losing one's identity.

And because living on the edge of the coin you can still feel love, even if the earth is shaking, and it is scary.

Like that time at the school play: when I had almost lost hope of seeing a familiar face in the crowd, my brother Jason's head appeared through the door. He smiled at me and winked. Then he ran off to get back to class before anyone noticed his absence.

I had almost lost hope.

And that "almost" is the perfect summary of everything. 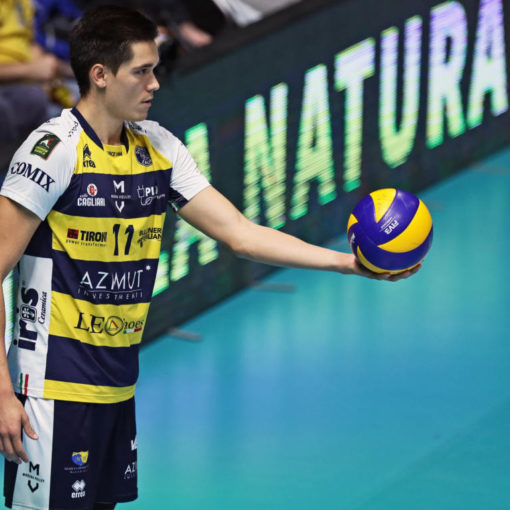 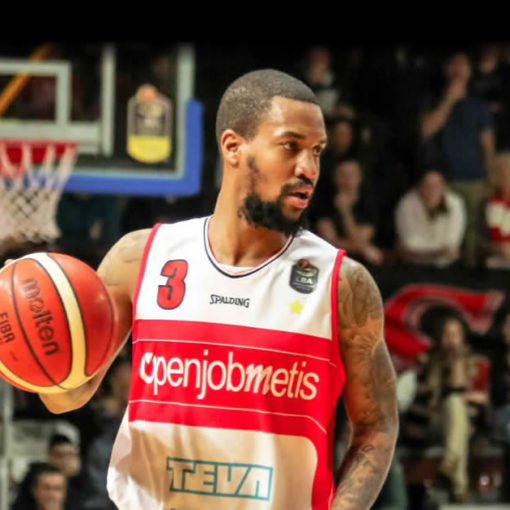 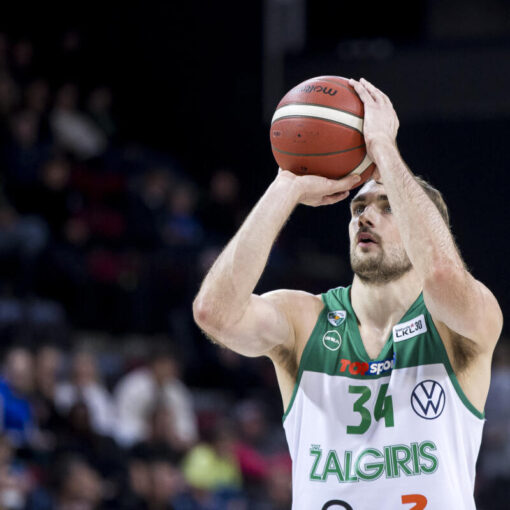 646 Miles. On my first night in college, staring at the ceiling of the room, I counted the miles that separated me […] 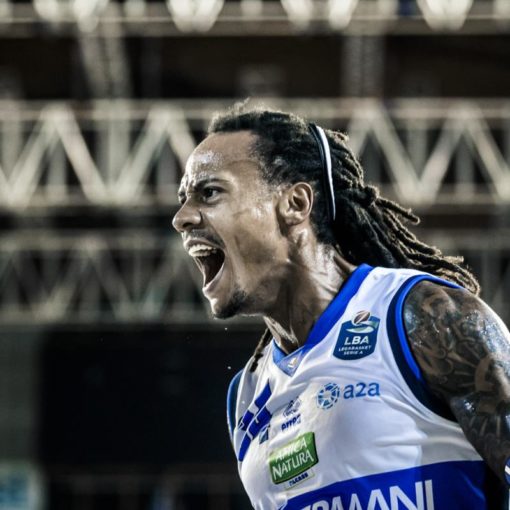