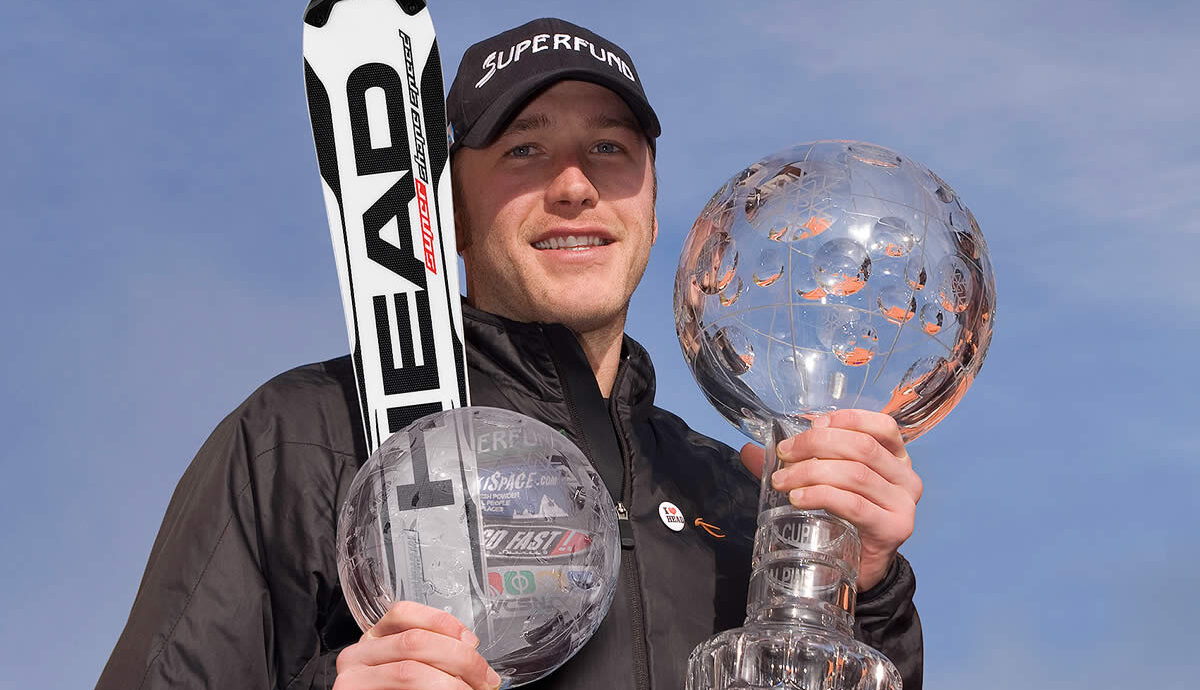 I’ve won my fair share of races, and of medals too.

I reached the top and became the best of the best. I claim credit for that.

And yet my most cherished memory, my perfect moment on skis, is not of a podium finish, of a cheering crowd or an award ceremony.

The best days I ever had were those just before the downhill competition at the 2014 Olympic Winter Games in Sochi.

They were going to be my last Winter Olympics and there were a lot of expectations for me, I was under a lot of pressure. I couldn’t end my career without a high, without achieving something extraordinary, an impressive result.

In my two training runs at Rosa Khutor, on the slope of the Olympic downhill competition, I skied like I had never skied before in my entire career. It was just training, you could say, but it felt so good to try to follow lines and conjure trajectories that no one else would ever dare to try.

In the first half I had a lead of almost one second over the best skiers. I was in a flow state.

I had never been so inspired. I was ready to take risks that would have been unreasonable for others but were natural and reasonable for me, since I could see the mountain slide under my skis as if I were skiing in slo-mo.

Once I crossed the finish line after both my training runs, I immediately found myself surrounded by trainers, fellow skiers and ski experts of any kind, all of them praising me and asking me questions, almost not believing what they had seen me do just a few seconds earlier. 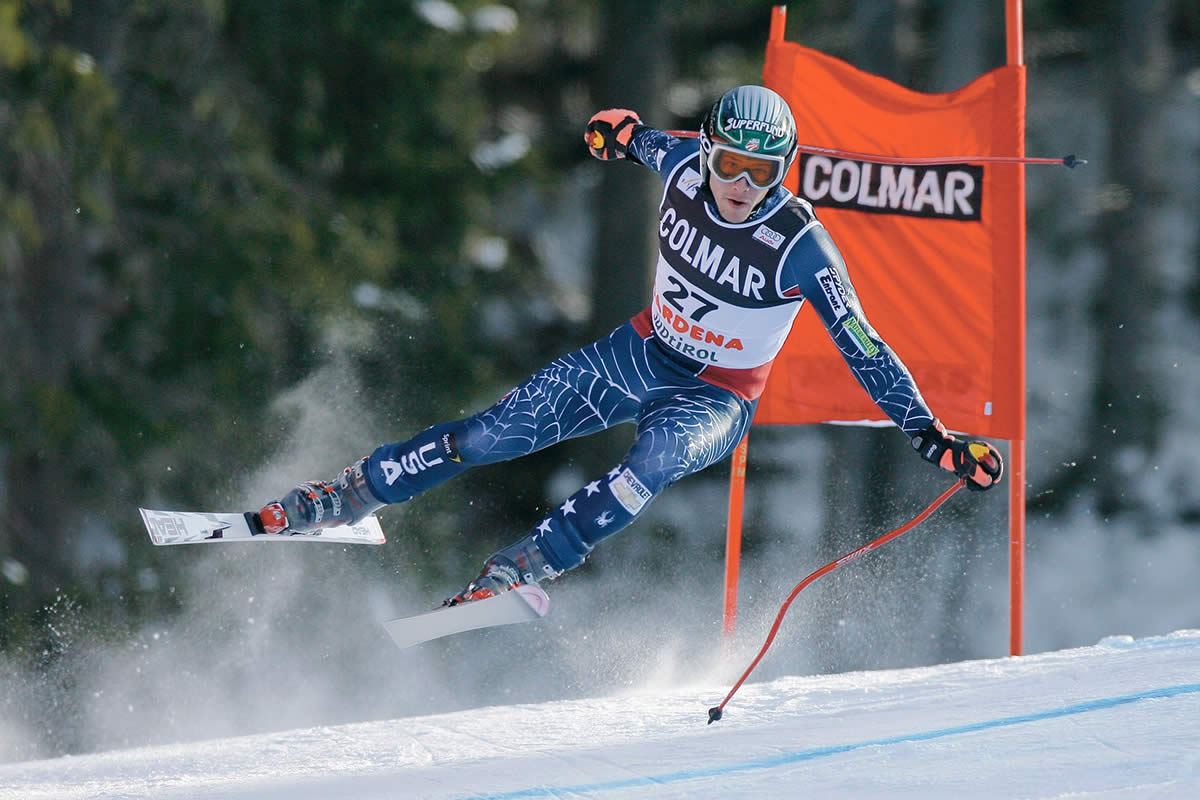 They were all people who had seen me ski at the highest level for over fifteen years, and I was still capable of astonishing them.

The race, though, didn’t go as well. I didn’t manage to repeat those performances, and some minor changes in weather conditions wrecked my plans.

Nevertheless, what I had managed to do on that slope perfectly epitomises my entire career.

In fact, it’s like my entire career is encapsulated in that single memory, as if it were in a snow globe, one of those glass decorations that are often given as Christmas presents and placed on the mantlepiece.

I had done things no one else had done.

I had tried to raise the bar, following my instincts without letting other people’s expectations influence me. That was my ski style.

Many years had passed since my World Cup debut, and I was about to compete in my very last big race. Normally, people would be extra cautious to be sure of ending their career well, but I was still testing my limits and skiing my way, as the popular song goes.

And that’s the attitude that has always guided my career, perhaps even before it could be called a career.

I was seven years old when I decided I would become a professional skier.

Not dreamt, not desired, not imagined.

I grew up enjoying my freedom to the maximum, always.

We used to live in the woods, far away from built-up areas, without running water and power, and the responsibility for everything I decided to do rested entirely on me.

I didn’t have a normal childhood. No rules have ever been imposed on me, other than those of common sense, and within the boundaries of what is right, I was always given permission to plan my own life to the last detail.

I would draw up my own schedule and plan every single day.

It was my duty to find a balance between what I wanted to do and what I had to do, and also to help around the house. 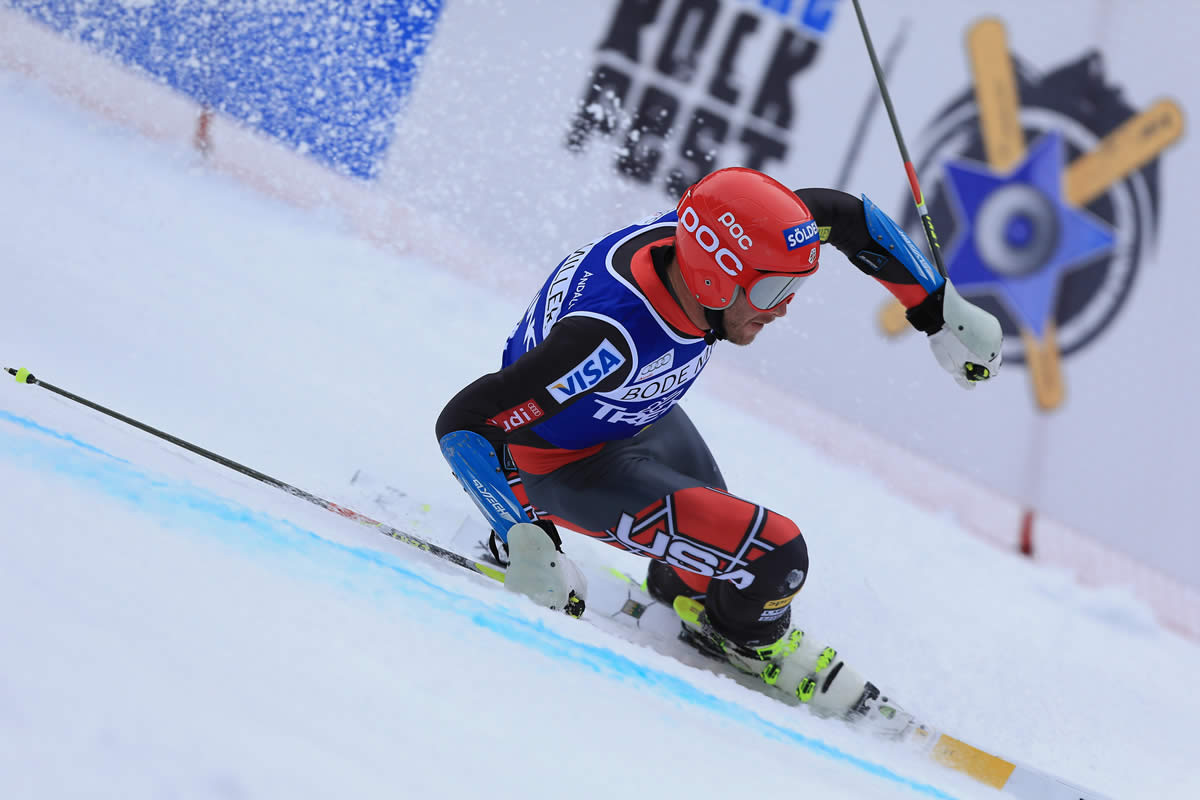 Now that I’m a father, I almost find it hard to believe that I was raised that way.

Children are asked to express a preference, to choose a single sport. At most, they’re allowed to change it once or twice.

Then, almost their entire lives are predetermined. Every child must follow a fixed path that relieves them of any responsibility and leaves no room for imagination.

They change trainers, groups, and every time they move up to the next category, to the next level, they expend energy and time.

At some point in their life, everyone experiences a period of adjustment in which certainties are destroyed and, as a result, new confidence and skills more suitable for their age and physical development are eventually gained.

But the truth is that no one ever goes all in for an athlete.

No one has more reason to bet on a successful career than the athlete themselves.

Trainers, especially the good ones, have long careers, much longer than those of the skiers.

During their careers, they train hundreds of athletes who rely almost entirely on them, giving up some of the control they have over their future.

The athletes lend their future to someone else, in exchange for only incremental temporary improvements.

That’s how athletes improve year after year, adapting themselves to a utilitarian mentality.

Until the day they turn 18 and find that they are just instruments in the hands of someone else, automatons who no longer have complete control over their talent. 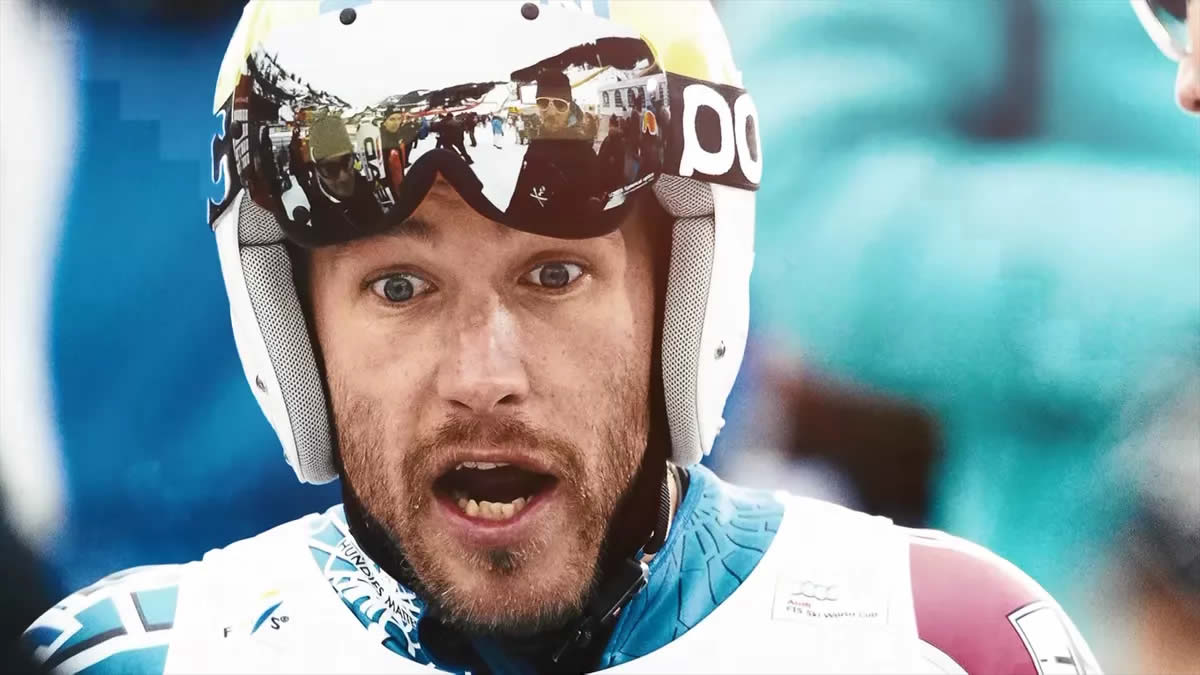 For me, it was the exact opposite.

Already at the age of ten or eleven, I used to argue with my trainers.

“You naughty boy! You never listen!” they used to tell me.

I can imagine that it wasn’t easy to take me seriously when I was little more than a child, but everything made sense to me.

Everything originated from a judgment call that I made with absolute conviction, because I felt I was the only person responsible for my choices.

What was the point of trying to be the best during the years of adolescence, if to do so I would have had to abandon my grand plan?

Every athlete has their own parabola and reaches their technical and physical peak in their own time.

I didn’t give a damn about the way other athletes trained, nor about timekeeping, because I had a clear idea of what my path should be.

I wasn’t a precocious talent, I could never have been the new Alberto Tomba because I wasn’t good enough, even if no trainer had the courage to tell me that.

In my family we are all tall and slender, that’s why I couldn’t be the most muscular or the most powerful athlete on the circuit.

If I wanted to become the best skier in the world – and hell I wanted to – I had to play my cards right, focusing on mental toughness, determination, and my feeling for speed.

There was no other way. 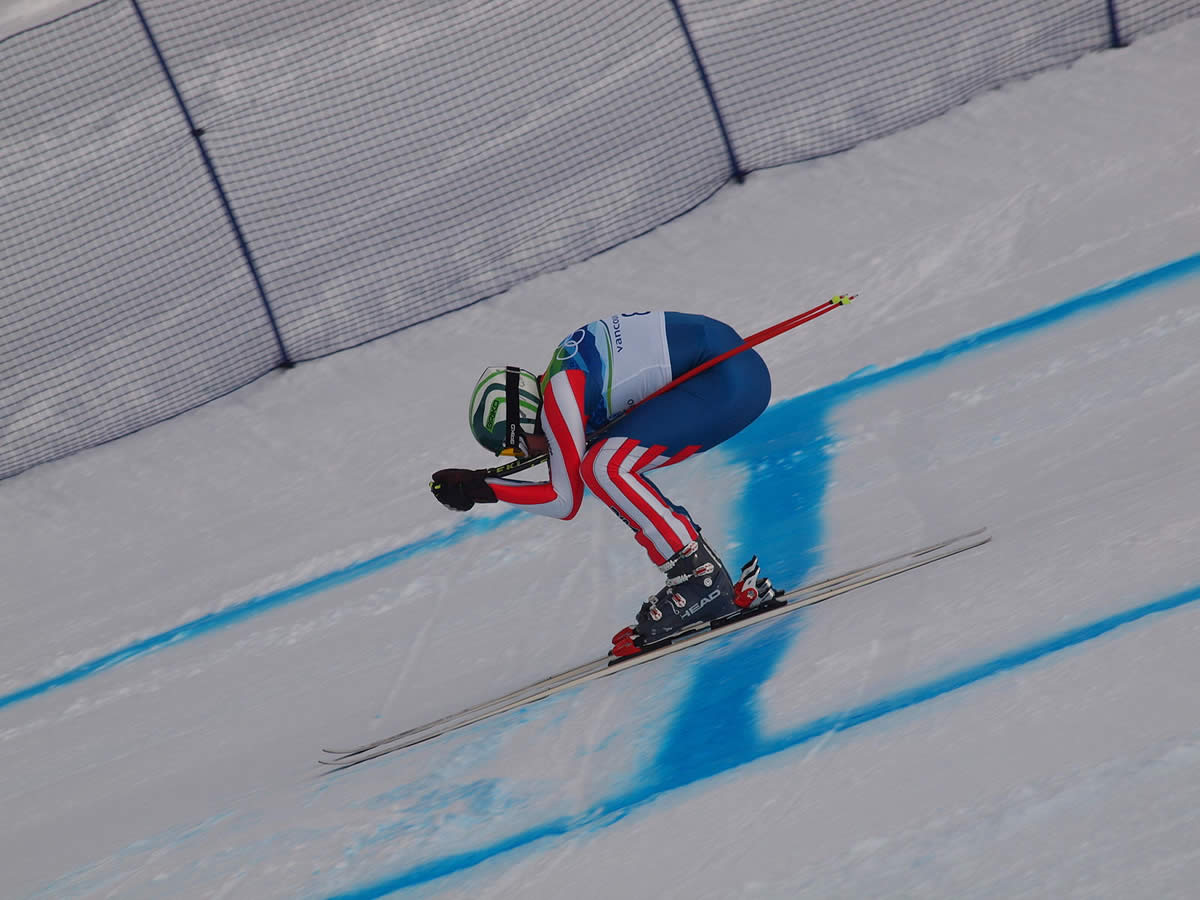 I had to learn to immediately recognise the bitterness of falls and failures.

I had to learn what it meant to make stupid mistakes while trying to reach top speed.

My team and my trainers didn’t need to make me feel part of a group or ready – I was the one who had to learn how to deal with loneliness and my ego, two rabid dogs living inside me.

Skiing and I have always been one thing.

There have never been two bubbles, just one big bet in which I could give shape and voice to all my ideas.

I went down in history as an athlete who lived his life in his own way, going against the tide.

This is the biggest compliment I could ever receive, because the only way to really enjoy the ride is to have full control of it.

It works like this: you ski, you win, you lose, you fall, you get hurt, you come back, then you retire.

If you do it your way and have fun, it’s worth it.

Otherwise, you’d be better off not bothering at all and finding something else to do. 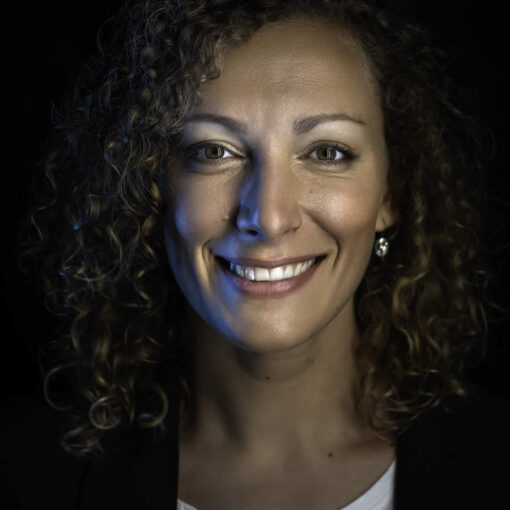 2017 was my best season so far, and I remember a special moment from that year, that I experienced in Cortina. My […] 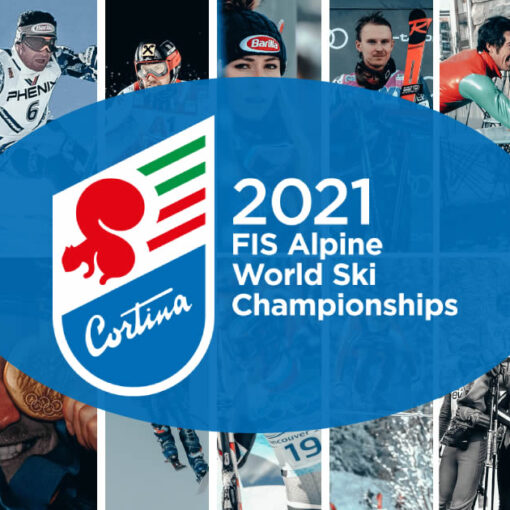 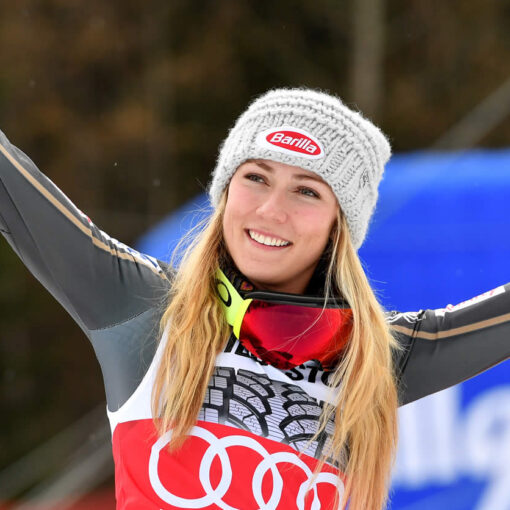 I’m really excited to put a high level of skiing in a race again, especially in a giant slalom. Because skiing and […] 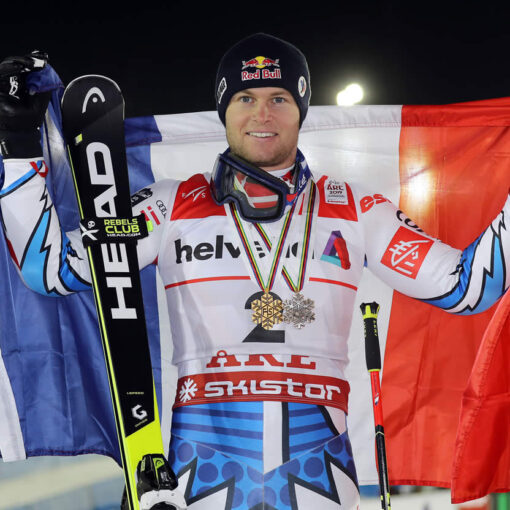 Sometimes the only thing more painful than training is not being able to do it. Sport is good, everyone knows that. Sport […]